A long read-worthy introduction you don't want to miss indeed! 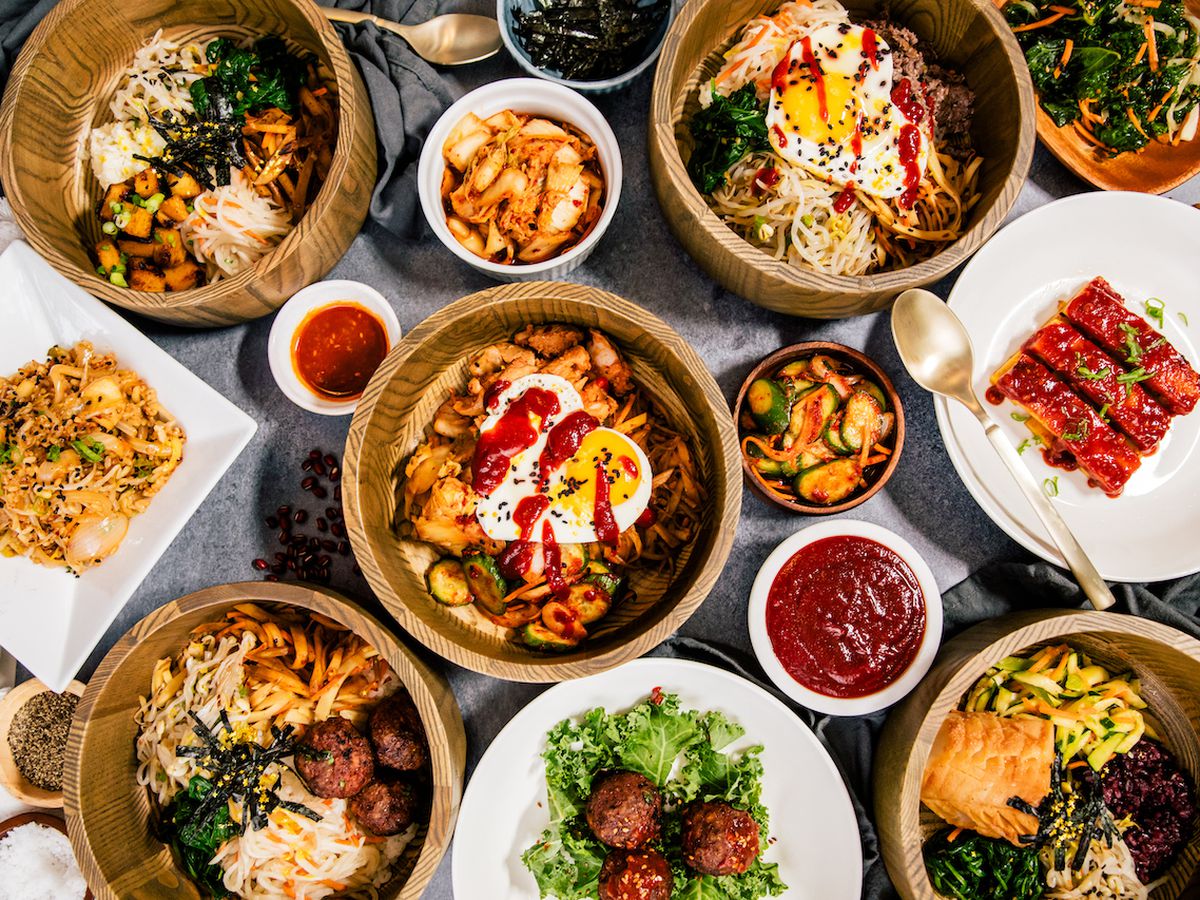 Even if we take Korean food as a whole, it already has shown its diverse colors. From the first encounter with Korea's sumptuous and representative food, Kimchi, to the current favorite of the world, Dalgona Candy, from the traditional food like Seongpyeong specially made on festivals like Chuseok and Seollal, to even the very opposite, vegetarian food of Korea.

From writing history and reviews like Turtles chips to Buldak Ramen and controlling ourselves from eating it again and again in the face of tasting. To the snacks only found in the country, and finally to pack all these in one snack box - our journey diversifying in itself.

This tells us how Korean food had so much to offer. And now is the time to discover what exactly Hotteok and Japchae are.

Are you ready to dive deep into the diversity of Hotteok and Japchae and know more about the two?

China's culture was highly influenced in Korea. Hotteok is one such example. The treat was invented by some Chinese merchants who followed their soldiers to Korea in the late 19th century.

They were craving the pancakes they used to eat in their country, so they started making the Chinese versions of the same but added more savory fillings in it.

We all know the origin of Hotteok; yes, it's Korea. But you know where in Korea exactly?

Incheon - the sweet pancakes had existed since the spring of 1927 when thousands of laborers landed in the vast area every day.

The Chinese who came to Korea soon settled there. And then they created a few foods to sell to the penniless people.

One such food was today's Hotteok. And this is why it is known as "Chinese bread". 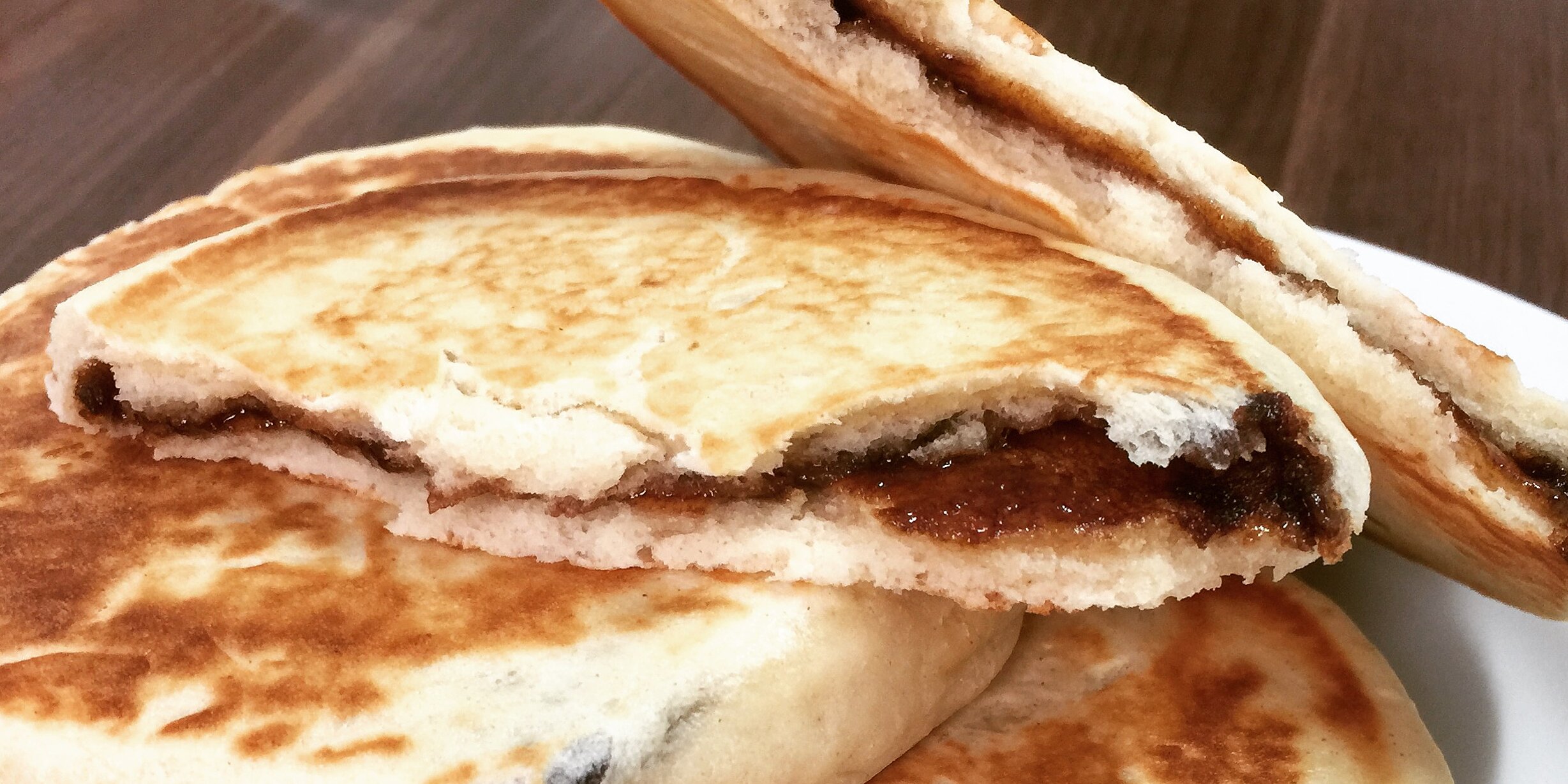 A piece of soft bread with the stuffing of cinnamon sugar to give you a mild and sweet taste - one of the best and popular Korean street foods. It is also filled with nuts, peanuts, and walnuts.

This taste is exact.

When is the best time to eat Hotteok?

Always go for winters - it is also my favorite year but not in Korea indeed, as it is almost always wintering there.

However, this means that you can stuff your mouth with the sweetness of Hotteok in winter. They taste so good at this time of the year mainly because the weather is cold and the pancakes are served hot, right from the pan and fresh.

What are the 3 top spots for eating Hotteok in Korea?

They say ask a localite for authentic places in any new place. This goes for anywhere in the world.

The places which a native will show you, the food they will make you eat, and much more, will give you some different experiences that a tour guide might not be able to.

So, when you crave a Hotteok in Korea, go to either of these 3 places depending on the one closest to you.

Remember, you might need to stand in queue for these.

This place is famous for its vegetable hotteok. Interesting to see how veggies are used in a sweet dish.

Again somebody a fan of veggie Hotteok, this place is a must-go one!

Now, do you remember the disclaimer of standing in line? Yes, this place will top out of the three.

People come to have these Hotteoks from different cities - and the fact that it's in Busan makes everything beautiful.

Can You Freeze And Reheat Hotteok?

If you got them at home for a late-night snack or something and now wondering if they could be frozen and reheated, then here's the solution.

But before that, learn how to store it properly. Let it get cool in a room temperature, Ziploc it, and store it in the freezer.

You can microwave the sweet pancakes for 30-40 seconds for reheating. But, if you want it on a bit crispier side - go for toasters. They are the best when giving these treats a new look.

Some unique facts about Hotteok

Seeds Hotteok (씨앗호떡) is a type of this sweet pancake which are extremely famous in Busan.

After cutting the upper half of it and filling it with mixed seeds, you get an added sweet taste in it.

Yi Cheung was one of the King Gwanghaegun’s leiges. The king, when hosted the party, Cheung, served this dish on his palate. This was in the early 17th century - and that's when Japchae was invented.

There's so much more to this dish and its history, which you can read in one of our blogs.

Can Japchae be eaten cold?

This full of flavors dish is chewy and a bit on the starchy side. With sesame seeds and chili on the top of it as garnishing, it tastes beautiful. But as we know, Korean food has meat as the primary factor, and Japchae has meat and pork in it as well.

Now, the question is if you can reheat Japchae?

Yes, in fact, it can be served either hot or cold at parties or special occasions, and seasonal vegetables are added.

But if you are persistent to have it hot and have frozen it already. It will be in a large clump as of now, so reheat it by adding a bit of water into it.

If you've saved it for later, and wondering if Japchae goes terrible, so just remember it can, if left out any longer than half a day, especially in warmer temperatures.

Refrigerate it and reheat it whenever you feel on a non-stick pan on medium-low heat.

Some unique facts about Japchae Another fun and tasty way of having Japchae is by stir-frying it and consumed as Japchae-rice.

It is also a must-have dish on birthdays or traditional holidays. Surprisingly, the dish doesn't exist in North Korea; in fact, a North Korean soldier mentioned that it was the tastiest dish he ate in Korea.

But you won't believe it if I tell you that this was a premium food only enjoyed by royalties.

Prime Difference Between The Two

So Hotteok is a portion of street food and can be considered vegetarian as it doesn't have anything non-edible for plant-based people.

Whereas, Japchae is a dish and indeed a non-vegetarian one since it includes beef, pork, etc.

Ever Came Across Hotteok & Japchae in K-Drama?

As an avid Korean drama viewer, we can assure you Japchae and Hotteok are two treats you indeed came across in Korean dramas.

Instead, they became so popular that we fans wanted to try them; many even tasted and now are fans of those dramas that introduced the two sumptuous treats.

One such reference that you will come across is in the drama Welcome to Waikiki 2. Wherein, Woo-Shik (Kim Seo-ho) and Soo-Yeon (Moon Ga-Yeun) are in the would-be relationship phase, and they often go to a lady who sells Hotteok compliments them that they both make a cute couple.

Getting all excited, Woo-Shik buys an entire cart of it.

The way Hotteok was shown in the drama continuously and how they both enjoyed those - the firsts of their relationship and pancakes too, we couldn't hold ourselves back either.

Now talking about Japchae, the dish was shown in "Jewel in the palace" so eye-catching that many viewers even went out and found it. The drama was about Korean traditional gastronomy.

It especially introduced many delicious dishes to us.

Another show that featured Japchae was My Introverted Boss. It looked so delicious that a watcher went all out and made the dish herself.

We personally get to learn a lot while having a chance to communicate with you and penning down our opinions about Korean food.

As discussed earlier, the delicacies vary immensely, and Seoulbox always looks forward to bringing these all through our snacks boxes which I know you'd like to check out.

Let me know what did you think about these two treats presented above. Want to taste it? How about sharing your experiences in the comments?