We are experiencing shipping delays. Please place your order by 12/9 for delivery by 12/24

Now reading: Why is Yakult so famous among Koreans? What is Yakult?
Share
PrevNext

Yakult is originally from Japan and was founded in 1935 by the company Yakult Honsha. Later in 1969, Korea established its subsidiary company – Korea Yakult. By this occurrence, the Yakult drink was then distributed throughout Korea, allowing its corporation to be one of the largest food companies in South Korea. 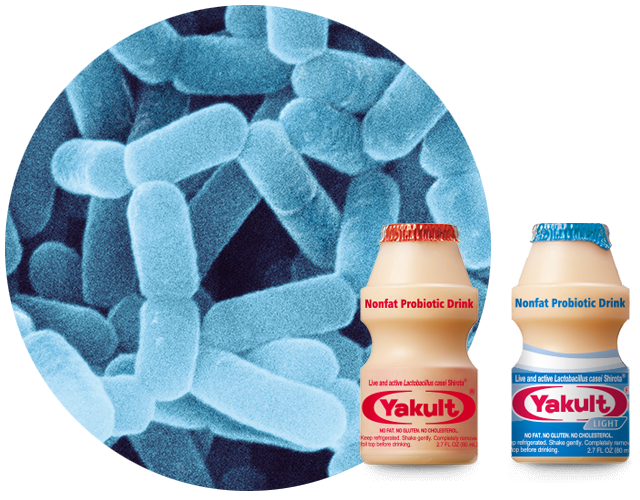 Yakult is a sweetened probiotic drink fermented with bacteria strain that was manufactured in Japan. The beverage is consumed by many as it contains good bacteria that will benefit your health.

What is Yakult made of?

Yakult is made of live Lactobacillus paracasei Shirota, which is a bacteria strain. It is then mixed with water, milk, sucrose, and glucose-fructose syrup, giving the drink a sweet, pleasant taste.

Many may think Yakult is yogurt-based, but unfortunately, it isn't. Although the name Yakult is translated to Yogurt in Esperanto, Yakult is not classified as a yogurt drink but skimmed milk containing live bacteria.

If you are wondering how does Yakult taste like? Yakult has a sweet taste with a milky consistency. It was intentionally made easy to drink so kids and adults could enjoy the beverage.

Why Is Yakult Famous? 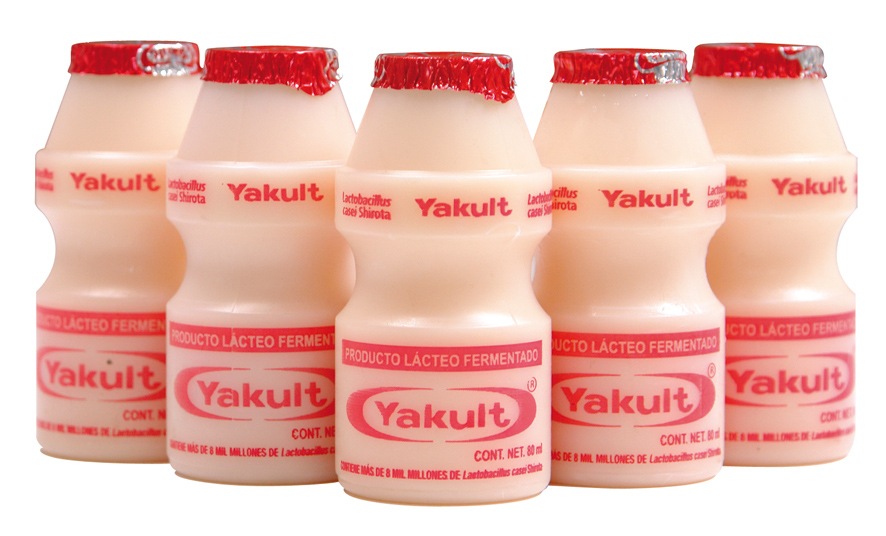 Among the main reasons Yakult garnered many loyal customers is due to the health benefits that it contains.

The benefits of Yakult are from the live bacteria, which helps in digestive health. It helps in maintaining the health of microorganisms that lives in the human digestive tract.

According to research, Koreans tend to have digestive issues, which leads to them being diagnosed with constipation. Therefore, doctors would suggest consuming probiotics which will help with stomach issues.

The brand has also been heavily marketed as a healthy drink for digestive health, now consumed daily by people worldwide. 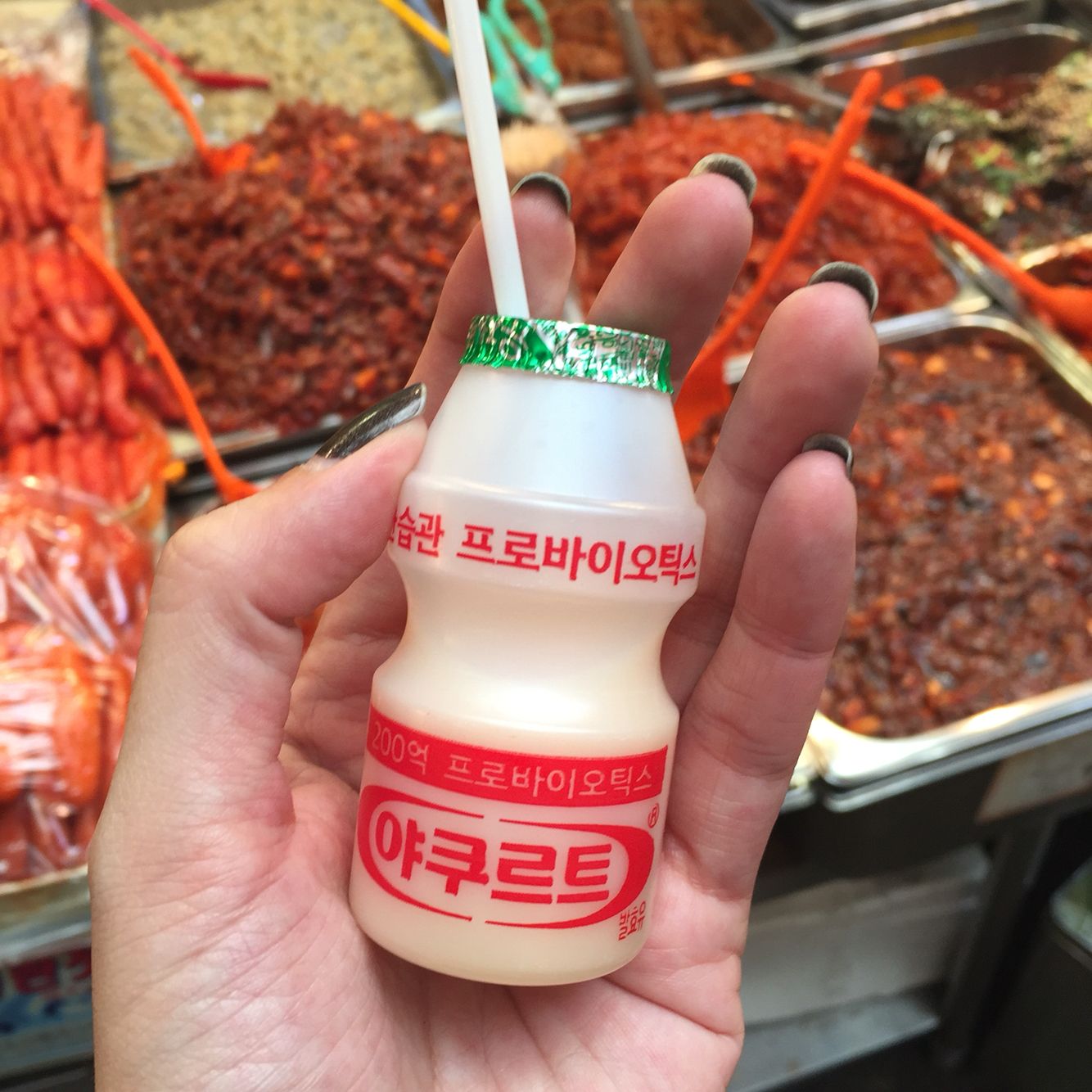 It started in Japan, where married middle-aged women were hired to market the probiotic drink. They were named Yakult ladies. This approach created endless opportunities for housewives to earn a living.

They deliver the products to residences or workplaces using a cooler bag or a portable icebox to keep the drink cold.

In Korea, Yakult was promoted through Ajummas, who was named "Yakult Ladies," as they can be seen strolling on the streets with their carts selling Yakult from door to door.

What Flavors Does Yakult Have? 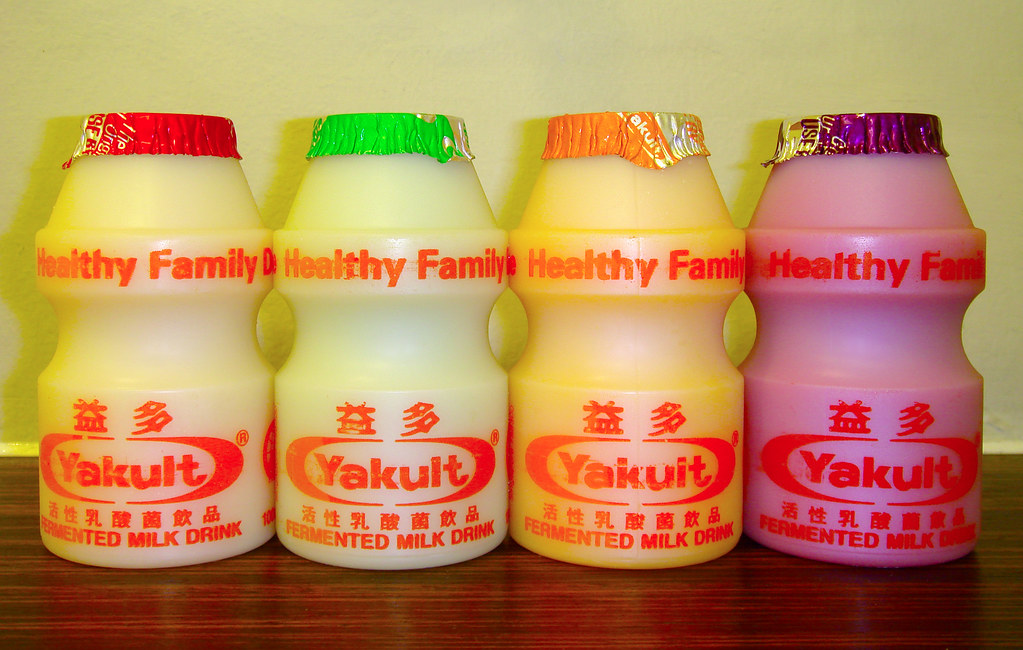 Yakult can be found with different flavors for everyone to enjoy. Initially, Yakult had two regular options – Yakult Original and Yakult Light.

Yakult Light shares the same taste as the original; the only difference is the amount of sugar and calorie contained in that variation.

Different flavored Yakult is available but sadly only in Singapore… They have three additional flavors – orange, green apple, and grape.

You must be wondering why only Singapore has the variation of flavors? It's because the beverage is manufactured in the respective country to ensure the taste and quality of the product is customary.

With that, the Yakult packaging differs from each country, making it unique in its way.

Is Yakult Also Famous Among Foreigners? 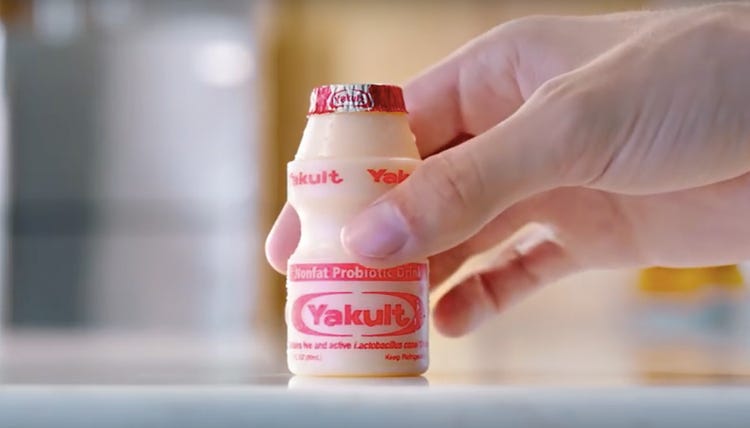 Yes, Yakult is spread to a total of 33 countries, including England, North America, parts of Europe, and several regions of Asia.

When Yakult gained its popularity in Japan, the company decided to expand the brand internationally and continued to market the product as a "health" drink.

Making them the biggest probiotic drink company that distributes 4o million units of Yakult worldwide in a day.

Yakult Shortage never happened in an Asian Country before, as far as I know. But today, my fave dairy drink is sold out in two stores. I blame you Peter K! 😂✌ #ToAllTheBoysIveLovedBefore @Netflix_PH @NetflixAsia @netflix pic.twitter.com/sGLvTEWS7D

After the appearance of the Yakult drink in the Netflix movie "To All the Boys I've Loved Before", the beverage has been flying off shelves as the lead actor, Noah, was in a scene drinking a bottle of Yakult.

Besides that, many K-pop artists attracted fans to the Yakult craze. In a recent video, BTS V was seen drinking Yakult upside-down?!

In many K-dramas, the Yakult drink will be featured. Most times, you can see them drinking straight out from the pack, which is entirely normal!

As we all know, Yakult is a probiotic drink. But in modern times, we can preserve the taste of the drink in various food-based products.

In Korea, you can find soju-flavored Yakult. Koreans seem to enjoy both beverages separately that they decided to combine into one drink. 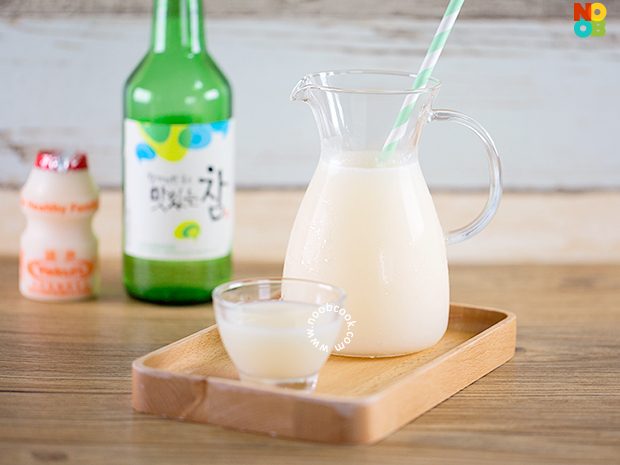 However, before the option of the flavor came about, Koreans had been mixing their Yakult drink into Sojus. If you would like to try we got you a simple recipe you can follow:

Sweets ranging from chewy candies to gummies that are Yakult flavored can be found in Korean convenience stores. These candies are more accessible alternatives in consuming good bacteria as it also contains the probiotic formula like its beverage.

Another way to enjoy the probiotic drink is by popping them into the freezer so you can enjoy a frozen Yakult on a sunny day!

Since Yakult has many different flavors and ways of consuming the drink, let us know if you have a personal favorite or other ways to enjoy it in the comments below!

SEOLLAL: HOW DO KOREANS CELEBRATE THEIR KOREAN LUNAR NEW YEAR?

Wonder What It Is Like To Experience Autumn In South Korea?