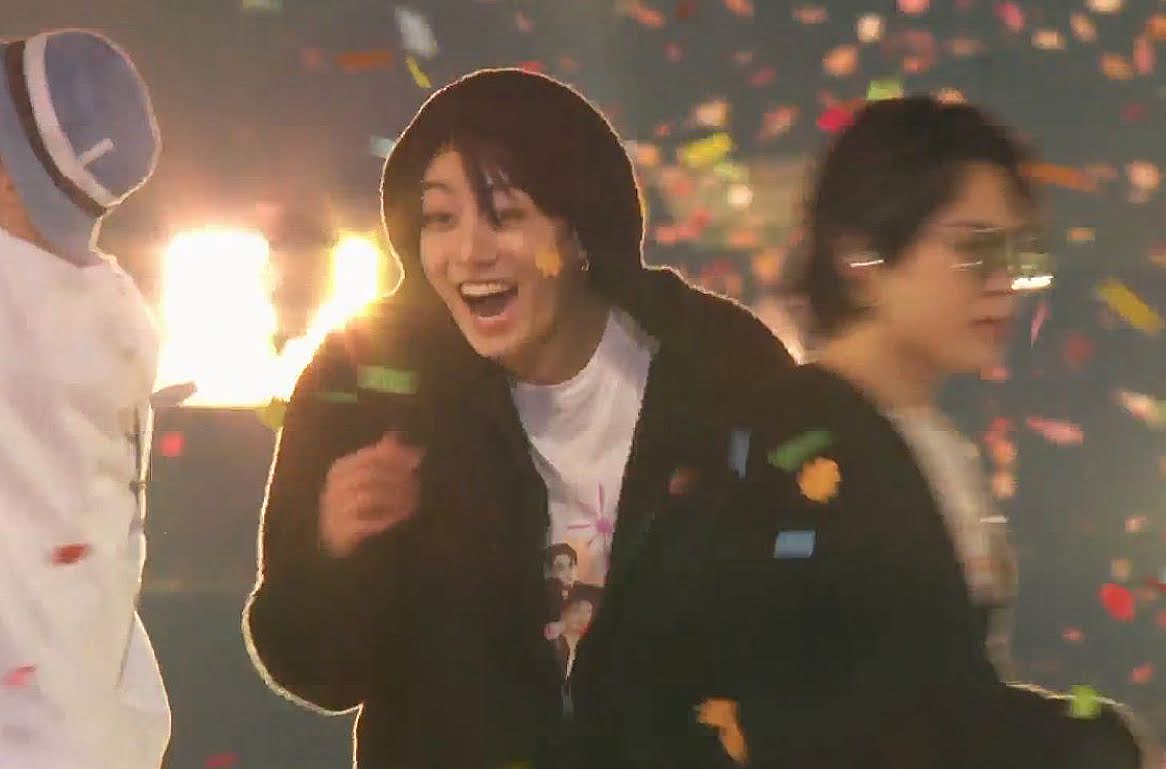 Bangtan Boy’s back to live concerts after a hard and different year due to COVID was a total success. BTS announced earlier this year a 4 dates tour concerts in Los Ángeles, California at the SoFi Stadium. Since tickets were released, they sold out fast as expected, fans from the K-Pop band were not going to waste the opportunity to see their idols live once again. 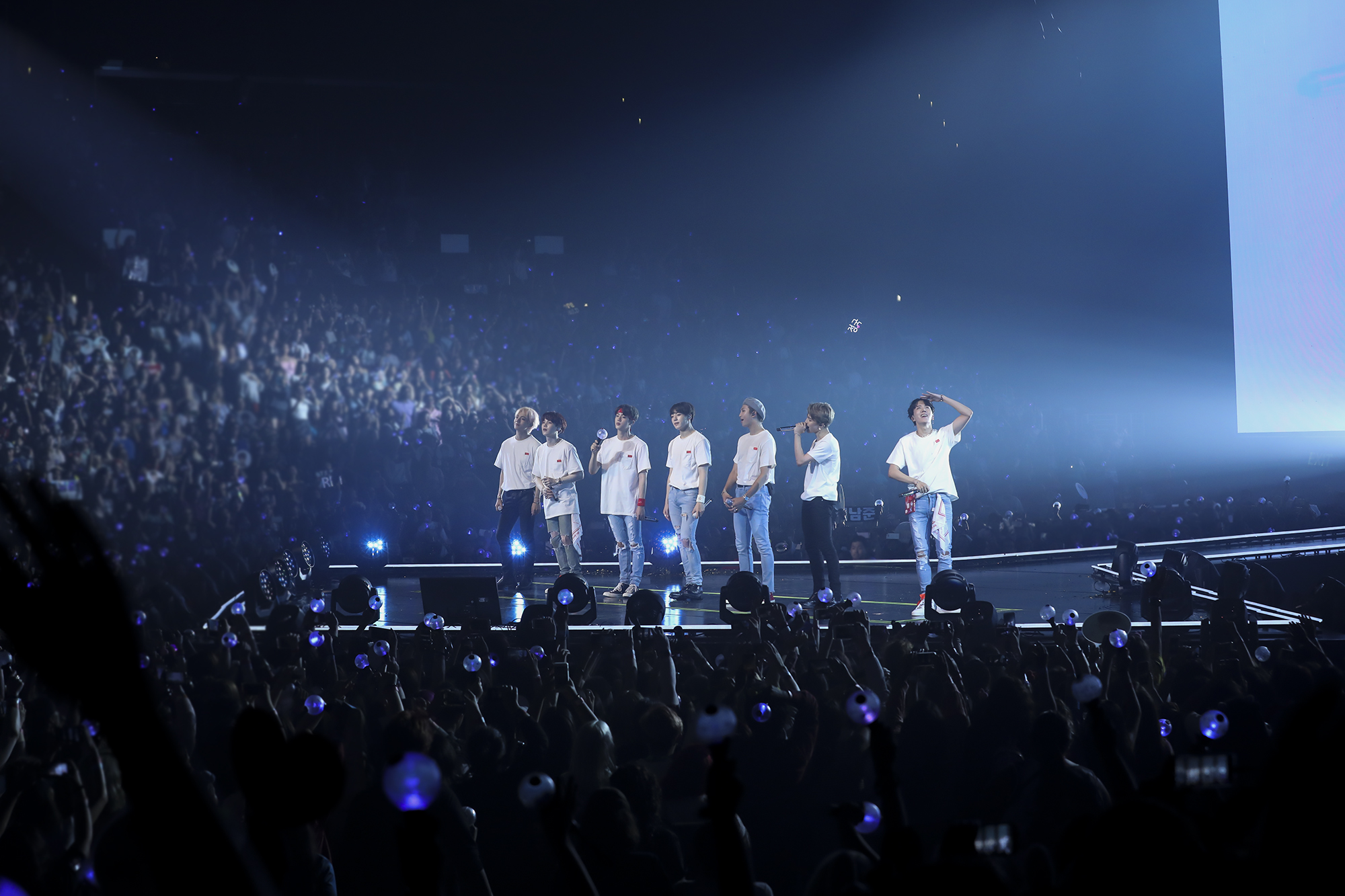 These concerts were full of energy, nostalgia,  and happiness from ARMY and as well from the band, since it was a new opportunity to connect after a long time out of the stage.

A quite funny moment happened on Permission To Dance On Stage tour, and the protagonist was Jungkook, on the last concert of the tour, December 3rd, to interact with ARMY, the Bangtan Boys were throwing some balls to the audience.

jungkook’s smile is so precious ♡ pic.twitter.com/ebwf0LQAG4

And it was at this moment were Jungkook accidentally hit a fan with one of the balls, laughing and ashamed he apologized and asked if everything was ok, doing the OK symbol with his hand.

But this is not all, on December 1st, Jungkook also hit some else with one of the huge balls, who? Well, Jimin was the lucky one! But it was no big deal, both laughed and continued with the show.

At the end these funny moments become a great story to share between friends.

The boys announced their next concerts will take place in Seoul, do you think we will have another anecdote with this balls?

If you were lucky enough to enjoy the concert live or online, share with us the moment you enjoyed the most!

Natural Herbal Medicine To Cure {HERPES DISEASE} TOTALLY HERE
Do you need a solution to cure your Herpes Disease contact Chief Dr Lucky to help and he will surely help you to cure your Herpes Virus .. I have suffered from Herpes-2 Virus for 4years ago that almost took my life. But one day I was searching the internet and I found Chief Dr Lucky saw so many testimonies on how Chief Dr Lucky helps people in curing their deadly diseases, and I contacted Chief Dr Lucky, asked him for solutions and he started the remedies for my health. He prepared herbal medicine for me and I received the herbal medicine and after using it for 2 weeks my condition has greatly improved, all my symptoms including Abdominal pain, Nausea and vomiting, Loss of appetite stopped, so I went to my doc and was confirmed negative. I am Herpes Virus free! contact the herbal doctor via his email> chiefdrlucky@gmail.com also visit his page> http://facebook.com/chiefdrlucky or his cell number / WhatsApp> +2348132777335 Website > http://chiefdrlucky.com